In the 1997 Schleich catalogue 7 sportsupers( Kajak already existed) were made again to go with the sportstadium sold that year. All these were painted in the shiny blue paint used then. Also all got the CE marking. Except one. Discus thrower. For some reason that is the only one of these ones not getting the new marking on these. I have never seen any discus thrower with CE markings. If anyone have any let me know! 🙂 Some of them were only released again for this year. 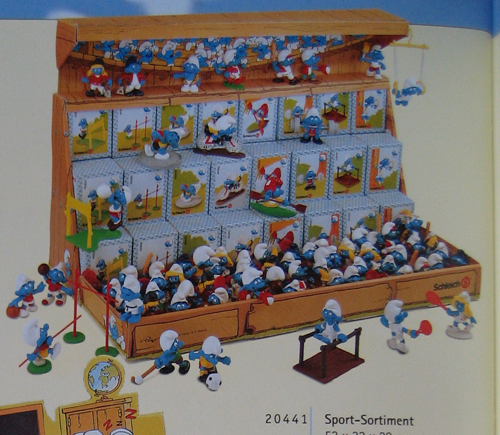 Another funny thing is that they used the same articlenumber 20441 on the sportsortiment as on the Sprinter sold the year before. Could be an error, or??? 🙂