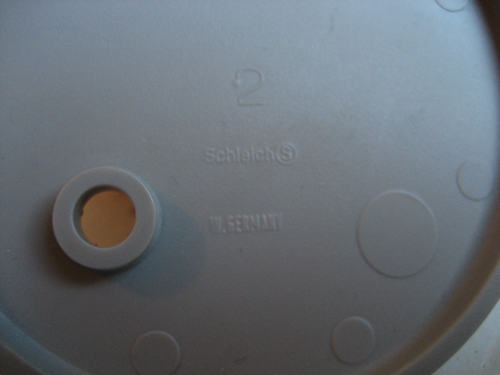 When the discus thrower was made the first time it had no yearmarking. But later three different years were added!! 🙂

First they added 78 to the smurfmold, which also was the year this mold was made. 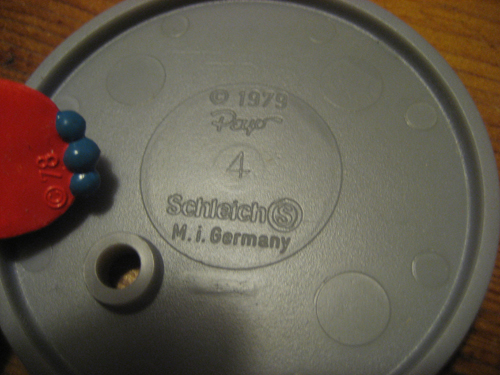 They also added 1979 to the throwing circle. the reason for this could be that they changed the mold for the circle then??? 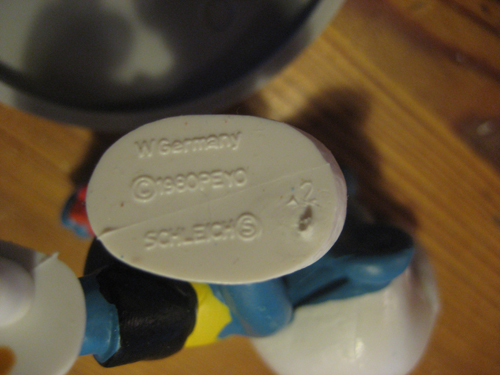 The mold used in Portugal got the yearmarking 1980. Maybe they made this mold in 1980??? Strange. Usually they always marked them with the original moldyear. 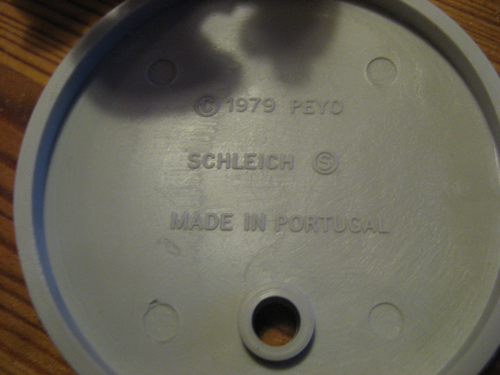 The base still got the year 1979 though.

The discus was sold until 1985. But later also made for the 1997 sportstadium. Then with 78 marking and red discus. 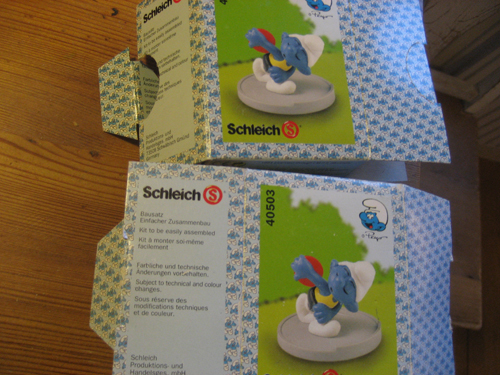 The polkadotboxes, only made in 1997, were actually sold with a slightly different ”punched” half circle-shaped part on the box for opening or closing also??? 🙂