On the blue cavern forum we have been talking about the cavity-numbers on the new smurfs. And as Frank said there is one smurf that is a bit odd and hard to find the cavitynumber on. It is this weightlifter, and as you see the weight bar is a glued accessory that can be removed( with a bit of tools, since we don´t want to ruin the smurf!! 🙂 ) But we start with the one-mold smurfs. 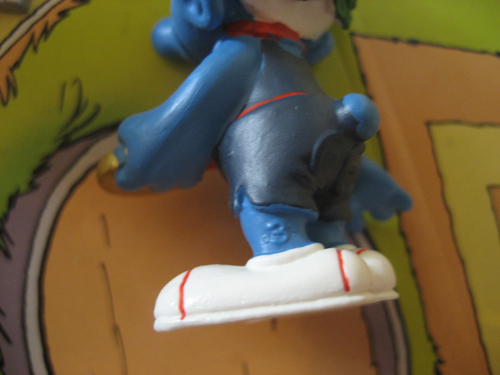 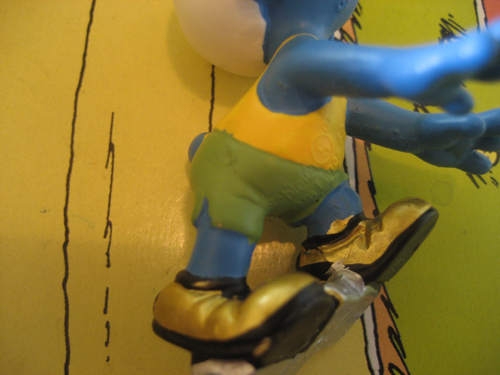 Markinginformation: Addressmarking on the front of the chest and shorts, datemarking under the base, cavitynumber on the inside of the leg, CE behind the right shoe, made in Germany and 11 Peyo on the arms. 4-cavity mold. 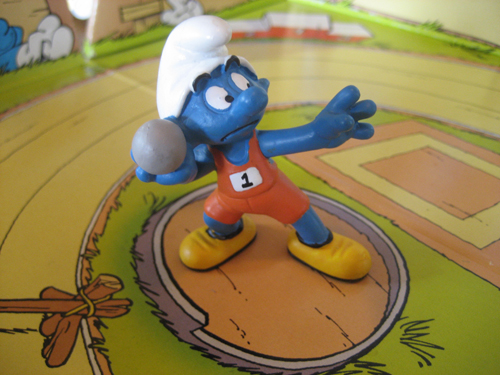 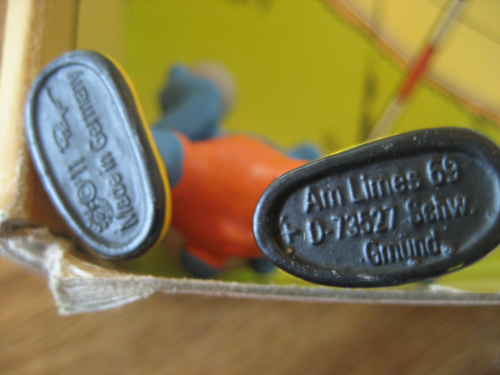 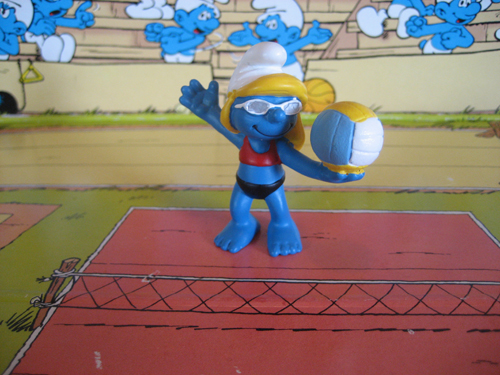 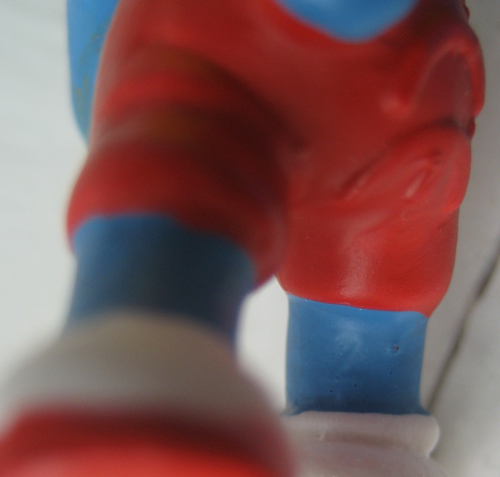 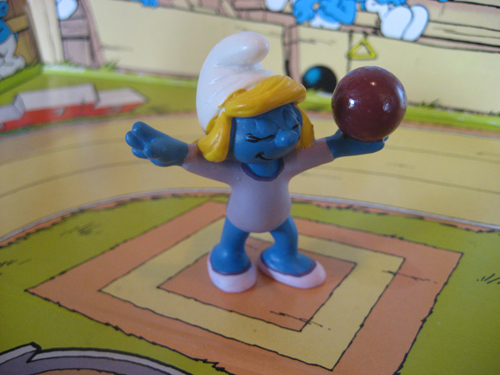 Now to the new smurfs made of 2 molds. The swimmer is made out of 2 pieces. All markings are under the ”back-part” with the shorts, feets and most of the stand. 4-cavity mold. 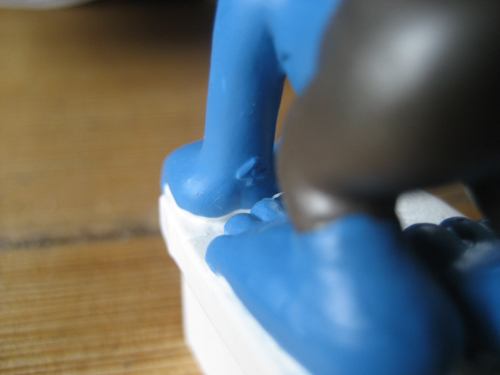 But since the upperbody of the smurf and also the front of the stand is another piece this also have a cavitynumber. The front is also a 4-cavity mold. 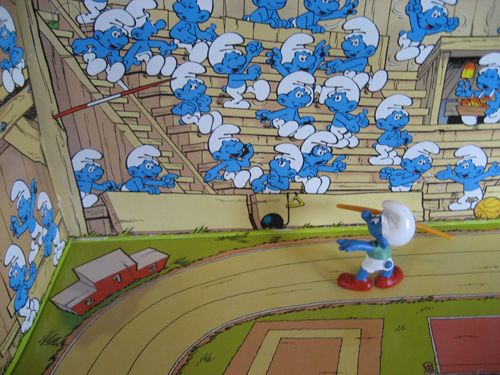 The loose accessory also has a cavitynumber as you see on the picture. 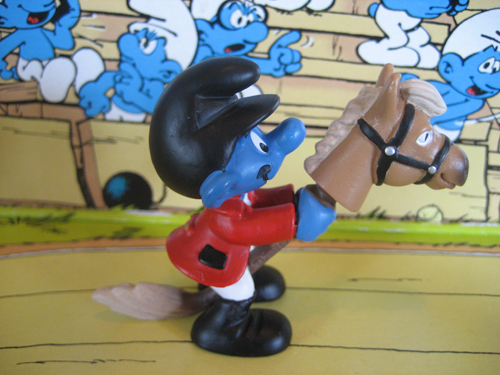 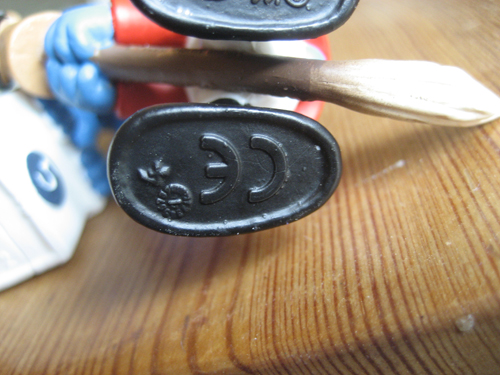 Markinginformation on the smurf: Cavitynumber, datemarking, CE, 11 peyo and made in Germany under the shoes. 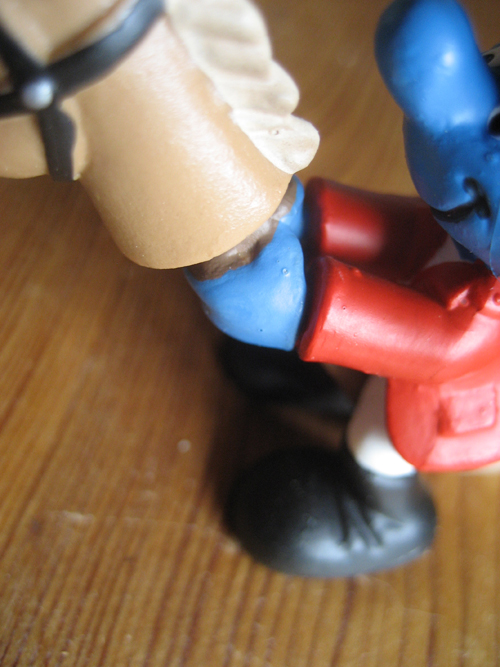 The hands of the smurf is actually part of the stickhorse and this part is glued at the hands and also has a plug under the trousers where it is also glued. 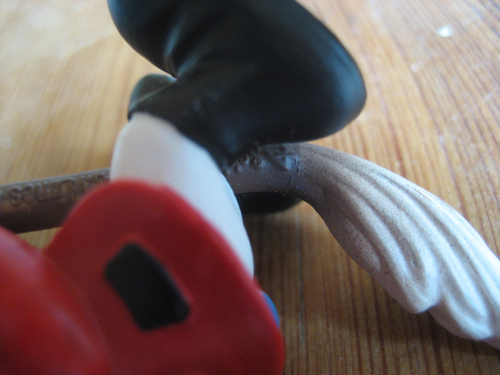 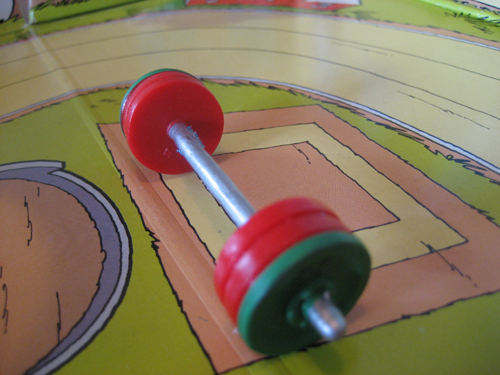 Because I could not find any cavitynumber I removed the weightbar. 🙂 It is made in one piece and also has a cavitynumber and datemarking. Pretty soft to be an accessory?? 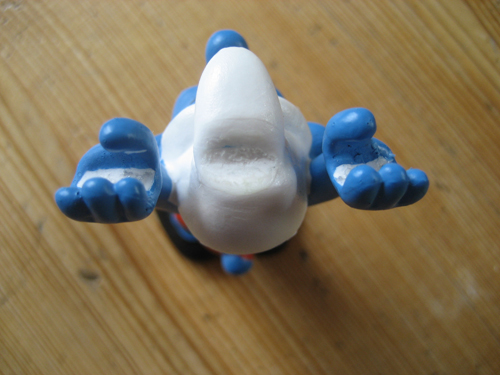 My guess is that the cavitynumber in this smurf is on the head under the bar. But it is impossible to see with all the glue and paint. I don´t think it is in the hands??